A trip down memory lane in Chennai 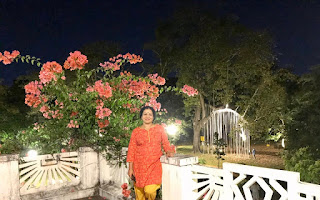 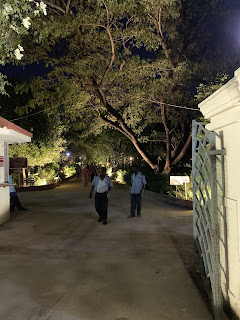 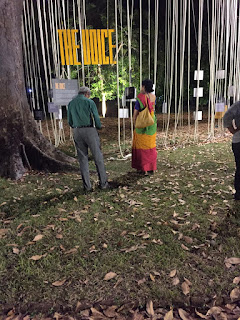 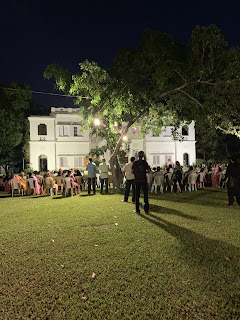 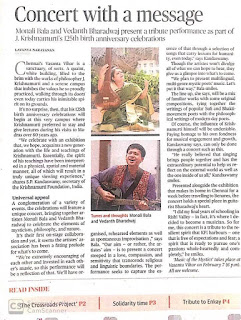 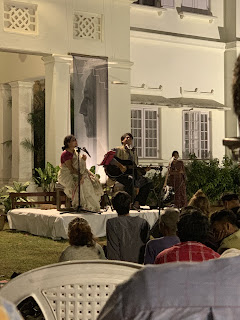 Appa and I had a special bond especially when it came to all matters spiritual. Throughout his life I sensed a desire in him to be meditative and self aware. He came from a family of atheists and so did not observe any rituals associated with his faith. His dad and brother were lawyers, rationalists and intellectuals who lived a lot in their minds. However, they were all humanists. They treated people of all creeds with respect and, for the most part, women as equal partners.

Though gregarious and fun loving, my dad had a melancholic streak in him. I could relate well to this. From very early on I wondered if this was all there was to life! Later in my teen years my brother formally introduced me to Vedanta through “The message of the Upanishads” by Atmananda. But my first experience of the mystical happened in my early teens. My father took me to listen to lectures by one J.Krishnamurthy (JK) delivered under a banyan tree in the open air ambience of Vasant Vihar, the Chennai home of the Krishnamurthy Foundation. I was his chosen one, to go on these jaunts. .
The wonderful dad that he was, he must have sensed that I would need these talks more than most, to get me through my choppy 20s.

I cannot say I experientially understood anything JK said. However, I was drawn to the idea of shedding my conditioned existence. I was also fascinated by his ethereal quality, his apparition like frame, white hair neatly combed over to cover the frontal bald spot, pale skin and pristine white clothes, his reference to himself as “the speaker” and the impatient tone he used when he admonished his audience with “are you able to see the truth behind what the speaker is saying, sirs?” He was advanced in years, so he spoke with effort and his hands shook as he wiped the drool off the sides of his mouth with his handkerchief. But his earnestness in trying to make one see through the shallow ego state we called life touched a deep chord. Even then I could see he had no agenda other than to make everyone see the folly of living as automatons, in thought projections, and as creatures of habit.

I remember hanging on his every word, etching the experience in my memory even though he wanted me to do the exact opposite. He wanted me to undo my conditioning and told me that meditation had to be the whole of my life - in every thought, activity and feeling, what I now understand as “presence”. But the phrase that stuck and that would bring about the most profound transformation and growth in me, a few years later, when I experienced my lowest point, was “the thought is not the thing described”. So simple and yet so profound.

Over the years JK has been my guiding light. He has helped me see what true meditation is. It was therefore fitting that I paid homage
to him on his 125th anniversary. I found myself in India and found out through a dear friend about the exhibition and musical tribute on the grounds of Vasant Vihar. It was an enchanted evening of mystical music. And his speeches were projected from under the banyan tree with a sign that said “Voice”. When I closed my eyes, I had the eerie experience of being transported back in time. His message is still relevant today since we all ride the treadmill of a conditioned life, afraid to jump off.

JK did not identify with the body mind mechanism or the ego self. He would have been amused by this deification of his physical presence. So even though it was a magical evening, tremendously pleasing to my senses, the irony of this commemoration was not lost on me!

Very well written blog. Beautifully expressed. Just one divergent view - the Treadmill keeps you rooted and needs to be enjoyed and transcended for the burden one feels is of the mind and transient if you only let it go!

I see what you are saying. Even conceptualising freedom as getting off the treadmill is a product of conditioning! There is no where to go - just awareness of what is.