The Zen Art of Listening 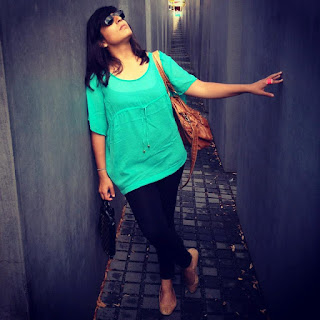 My daughter who is distraught over the results of the US elections, as most whom I know are, said to me,"mom I feel devastated. Brexit and now this? I am frightened as I go over scenarios in my mind of what's yet to unfold". Normal reaction. I said to her "you have to stop thinking like an MBA and be present without interpretation. You will then act when needed, and in the most unselfish ways". I harked back to a time when I had an opinion about everything and wanted above all to be heard. Slowly I realized that most people were like me just talking at each other. It was a contest of who had the most clever things to say. No one was actually listening or processing since we were all thinking about what to say next and how to outsmart the next person. The election campaign we saw is a case in point. The contestants are not wholly to blame. We have come to respect rhetoric and sound bytes, fuelled by our media's quest for ratings. We do not value authenticity. We want posturing, pretence and power talk.

A few years ago, I read somewhere about the zen art of listening and decided to practice it. Every time I had an impulse I stopped and gave myself the cue to listen instead. Wow what a difference it made. The ego had been quietened. The speaker had my attention. I waited to offer my thoughts if they added value or were solicited. Miraculously I felt heard and found that I was effective. I realize now that represents a microcosm of how the wise among us live. They do not want to grasp or possess anything. They have no fear of losing anything - as life flows through them. Note this does not mean they don't change things. Their very presence in a non ego state does. But they wait for life to unfold, always attentive and observant. They wait for the right moment, to express a thought, write a piece, argue a point. They do not react violently from a place of judgement but listen attentively and remain curiously engaged without self interest. This sounds like an easy thing to do - but is actually excruciating for the uninitiated and unpractised. Especially under present circumstances. I find myself reacting from deep conditioning and habit patterns. I am fuelling my hate with assumptions and judgement that my limited faculties conjure up. I have to stop reacting and respond from a place of silence and intuition, while not letting the behaviour of others destroy my inner peace (Dalai Lama). It is time for a shift change. Mind you this does not mean remaining complacent and passive. But it also does not mean being aggressive and opinionated. It means being still and acting with grace towards higher goals in unselfish ways. That is my advice to my daughter as well!

Last night we went out for Indian food to The North India restaurant in the financial district in San Francisco. We are attending the American Translators Association conference here. We eschewed the food at the seafood restaurant in our hotel for Indian fare, since I don't eat meat or seafood and my co-worker is a good sport! We found ourselves in a very elegant restaurant with great service. The food was, well, the typical fare that passes off by the misnomer "Indian food", which in one swell swoop generally makes invisible the subtle nuances of varied Indian cuisines and palates. I have always thought there may be a legal action lurking somewhere for the flagrant misuse of the words to describe one small array of similarly tasting dishes. Anyway, I digress. It makes life less complicated in situations like the one I am about to describe. We ordered wine and a few signature dishes for my white co- worker. The portions were huge and we consumed a fraction of it. Having seen a lot of homeless people on the way, I asked our obliging waiter to pack it. He did. In elegant paper containers and offered it to me in a brown bag with handles. On our bidding he also provided a plate and disposable cutlery. I was thrilled with the package which in Toronto would have been styrofoam in a plastic bag - a dead give-away as leftovers.

As we walked down I saw men drunk and weaving and kept looking for a woman. There she was wide awake, sitting on her sleeping back her head fully shaven. She was no more than 30. We asked her if she was hungry and if she would like some Indian food. Her eyes lit up "I love Indian food. It's the best kind of comfort food", she said, eagerly taking the bag from my hand, her hands ice cold when they touched mine. At least she knew what she was getting with "Indian food" and I hope it brought her comfort and much needed warmth!
Posted by Latha Sukumar at 12:17 PM No comments:

Yesterday morning my colleague and I had to fly out to SF for business meetings. I left the house only 2 hours before the flight banking on priority check-in and Nexus. I called my colleague from my car and to my surprise someone else answered the phone. He was the "Park n Fly" driver. He said "this individual left their phone in my bus." To which I said "Oh no - I know how much he needs his phone. Can I pick it up?" He said "sorry m'am he is going to have to call me and give me some information about the phone. He was with someone else, maybe you can call them." Frantically racing towards the airport, I said "I don't know if anyone else is with him. I really want to pick up his phone and I am cutting it fine for the flight." Another co-worker was travelling with us but I did not have her cell number. I called him back and said "his name is xx and I will give you my business card." He said "I will also need copy of your Drivers License". To this I said "you don't understand, I am taking a detour and will miss my flight." He said "don't worry". My wonderful spouse drove me as close as he could to the Park n Fly entrance but I had to get off a few feet away and run. It felt like an eternity. The Park n Fly driver was a very young man. He was on ready alert and waiting for me. He calmly took my card and made a copy of my license. On his computer screen were pictures of me and my co-worker he had googled and found on our website. Just from my name which had appeared when I called the phone. He handed me the phone. The airport was a zoo but I made it on the flight with minutes to spare. My co- worker was ecstatic. I was amazed by the flexibility of the young man and his quick thinking. I was grateful that I was willing to be flexible and also that we had put both our pictures on the company website !!
Posted by Latha Sukumar at 5:43 AM No comments: