A beautiful home, a solemn realization 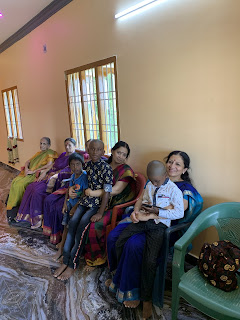 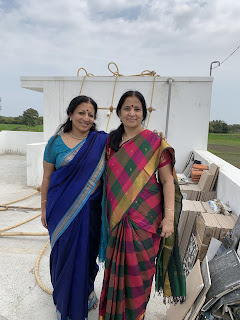 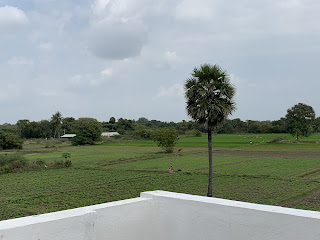 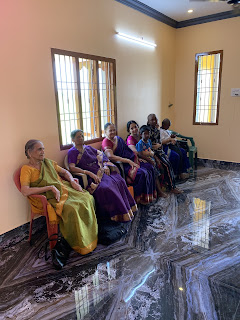 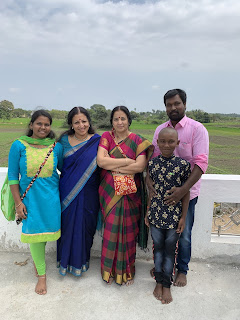 Anish was uncharacteristically quiet. A precocious 8 year old he loves all things electronic. So when he quickly lost interest in my iPhone I was surprised. We were there 2 days after the house warming of their new home. Anish’s dad Ezhil, despite his humble earnings as a driver, had gathered up his savings, availed of government housing loan programs and borrowed from well wishers to build a 1000 square feet independent home with a terrace and front yard. About 2 hours by car from Chennai, the house overlooks acres of green fields as far as the eye can see, in a lush village in Tamil Nadu. Since he wanted my moms (mother, mother’s sister and mother in law), my sister and me to “grace” his new home, we rented a car and drove down. It was a balmy day and the drive along the shores of the Bay of Bengal, lined with palm trees, was magical. Midway we stopped for coffee and then quickly reached a point where Ezhil met us on his bike to lead us through to his village, set 8 km in-shore. It is a beautiful part of the country and I could see why Ezhil rode his bike every weekend from Chennai, to this paradise on earth. As we neared the home, we noticed a large group comforting a wailing woman. Her profound sorrow was palpable. There was a manic quality to her tone and demeanour as though she had lost her mind. She was not conscious of her surroundings. There, in the middle of the road, surrounded by what appeared to be a helpless crowd she stood screaming out in pain. My immediate thought was that this was a domestic situation gone wrong. She had been abandoned or worse yet, abused. My instinct told me to reach out to this woman in distress. However, since she had several people around her, we decided not intrude unless we were asked to help.

Two minutes later, we reached Ezhil’s home which was just down the lane. We were impressed by the vision and care with which he had built it. Windows all around streaming in natural light, a high ceiling, a large hall, kitchen and pantry and 1 bedroom with attached bathroom, it appeared bigger than it was, all shiny with wall to wall marble design tiles, multi coloured walls, kitchen with granite counter top and an impressive back splash with a generous sprinkling of pineapples for a bountiful aura. The fully tiled bathroom had a western commode and shower. The steps and stainless steel railing leading up to the open terrace overlooking the fields were both solid and strong. Ezhil who has no formal education is in his late 30s. He came to work for my sister over 10 years ago. He was then newly married. Now he has two bright young boys Anish and Nishant. We educate his boys, take care of the family’s healthcare needs and generally relate to them as family members. He in turn has reciprocated as driver, elder escort, carer, and handyman.

Largely because of the respect and care with which my sister’s family and mother treat him, he has grown in confidence to aim higher than the rest of his family. Evidence the thought, detail and effort he has put into his charming home. He has browsed the internet and scoured stores for ideas and deals, personally done all the electrical work, and supervised closely every aspect of the construction, as much as his free time would permit.

When we arrived, Ezhil, his wife and kids ran outside to greet us. But they were a bit subdued as though in a stupor. Everything appeared to move in slow motion. A couple of relatives came in to meet us, but not the stream we had expected. They offered us juice, some tender coconut and sweets. A young relative who has a photo studio came to take our pictures. Ezhil had made plans for this day and it appeared not to be panning out as he had hoped. Anish was moping. I immediately assumed it was because I had shown attention to a young cousin of his, over him. I hugged him close and asked him what the matter was. “Was it something someone had said?” He just refused to say. We spent about an hour and left laden with tender coconuts and some plants that he had given us as return gifts. They did not urge us to stay longer or eat - usually South Indian hospitality is such that they will ply you with food and drink.

Something definitely was off, but we could not put our finger on it. As we neared Chennai, Ezhil called us on the phone. His wife’s young first cousin, all of 17 had been in the house earlier, playing with his boys. He had then left to play cricket in a local league. The first ball from the batsman had got him on the left side of the chest, while he was fielding, and he had dropped dead. They had just rushed him to the hospital with a faint hope of reviving him, minutes before we reached. Those were the boy’s relatives we had seen on our way in. That night it was all over the news since the tournaments had been organized in connection with annual the birthday celebrations of late Prime Minister, Jayalalitha.

The loss of this boy under these circumstances was tragic. However, what was stunning was the reaction of Ezhil’s family towards all of us. They did not want to “spoil” our experience and so had demonstrated stoicism in the extreme. It symbolized for me how inequality manifests in Indian society. That even such grave tragedies of the poor must be kept private so they do not interfere with the enjoyment of the wealthier class. Even Anish who had been very close to the boy and had known what had happened, had been socialized into believing this. My heart broke when I realized that all of them, including Anish, had demonstrated such great restraint and resilience and had not to let their emotions show!

Heart felt story Latha, it's so true even in such sorrow the difference between rich and poor is so prevelant in South India ..Creators of
Caste and the belief karma are to be blamed.