Memories of Toronto - A Guardian Angel Called John (written in 2002)

John Cole has adopted our family. But like ours he has adopted many others. When there is a problem such as a plugged toilet, keys locked inside the house, a furnace that won’t work, the first thing I do is to reach for the phone to call up John. He is this burly young seventy something, who rides in his van and “does good”. John does not attend parties, he goes on “missions of mercy”. He is our guardian angel and has been for so many people I know for so many years. After all who would arrive at an airport armed with coats to welcome an immigrant family dreading their return to Canada after a holiday in balmy India. When we arrived at the house from the airport that January 2000, snow banks piled 8 feet high by the side of our streets, we joyfully noted that this beloved man had cleared our entire driveway with our antiquated snow blower! We also then found out that John had wired our house up against security breaches so his pager would go off if someone attempted a “break in”

John was born and raised in Toronto in a white Anglo Saxon protestant family. He trained to be an electrician. He has worked at several exciting locales, done amazing and daring work in this city that he loves and is chock full of stories of his many adventures. I have spent so many afternoons sipping tea and listening to John’s inspiring stories, which told me how he pushed the envelope every time in his pursuit of excellence in everything he did. But it is not John’s style to brag. He is modest about his accomplishments and just brushes off compliments with a grunt.

A friend introduced me to John 6 years ago. He just adopted our family and took us under his wing. From the very first day, he sat at our table eating the food we ate. John loves rice and curd, a South Indian staple, and will seldom refuse the offer. A humanitarian, John embraces people of all races, creed and colour with equal love and respect and is animated and happy that his home, Toronto, is a veritable microcosm of the United Nations. When my friends and family arrive in this city, frightened new immigrants, John embraces them and goes all out to show off to them all the sights in his beloved city. He moves their stuff from one temporary home to another till they get settled, gets them road maps, frequently calls on them to find out if they need anything, and generally watches over them.

John is a consummate intellectual. He always stimulates me to think creatively, tells me about exciting new developments in science, shows me his many innovations and explains to my befuddled brain how they work. When our daughter wanted a parachute made as part of her physics project, John was so excited, he called her everyday to find out how she was doing and then could not help arriving at the house one day a parachute in hand. I cannot number the science toys he has enriched her with. John has taught my husband to paint, to varnish, to fix simple problems around the house. There was one time when my husband and I had bought a hood to be placed over our oven. Not quite sure how to approach this project, even after very clear instructions from John, my husband procrastinated. Well John let it go for a few days. However, after that, he could not take the waiting anymore and one day when we got back home from work, we found the hood had been fixed. People who have not met John truly believe that he is a figment of our imagination. Who in this day and age gives so unconditionally, without expectation, but just with a view to making people happier. But when they see my unique altar on which I have placed my Hindu Gods, the fabulous lighting in my basement with a fancy combination of switches, they know that a genius has been at work.

John loves the radio, television and CB Radio. He is a great admirer of Gandhi and Mother Theresa. He is the most open minded person I know. He is committed to social justice. He visited India once and did not go sightseeing, as most people would have done. He visited the factories, wired up schools and buildings so they would have electricity and learnt from watching fisher-folk haul their catch of the day from the sea. With his power of observation, his memory, his interest in human beings and how they adapt themselves with the help of technology, simple or complex, his compassion, he saw and did more during the 6 weeks he was there, than I did in all the 20 years I lived there. John is the first one to send cheques out when a humanitarian disaster strikes some remote corner of the globe. To this day I carry his many inventions, such as communications devices to be used as teaching aids at schools for poor orphan children in schools in India, when I travel on my biannual trips.

Words cannot do justice to this man, our beloved friend. He gives me hope and inspires me and everyone whose life he has touched with his example.

Posted by Latha Sukumar at 7:59 AM No comments:

Being a woman in (most parts of)India (based on conversations with many women) - Uber and Ola have changed a lot of things from when this post was written (2012), during a trip to India

Every time I return to India, as a visitor, to my middle class moorings I have the experience of stepping into a box. You see my activities are constrained as a result of my role as a daughter/daughter in law who must live by norms that I would scoff at, back in Canada. An important reason for this is the lack of access to a car for me to drive around in. The other is curfew established by safety wary relatives of how long a respectable woman can stay out on her own. Add to this my own guilt over any self indulgence - a deviation from the "self sacrificing woman" that I and all women here are expected to be. Even at home, sleeping-in is out of question, as is an early morning walk on my own before the sun comes up. Reading the paper, when I should be helping in the kitchen, is frowned upon and indulging in pastimes other than plain old TV watching or other forms of domesticity does not endear one to relatives. I am a visitor and I forbear, even though it means I have to temper my expectations of what I can do during my vacation here due to overprotective family members looking out for me at all times.."you don't know about this city - call me when you get to your destination and let me know how long you will be gone"

For those middle and lower middle class women living here, a career offers a legitimate reason for bucking their traditional role as purveyors of home and hearth but it is only accepted if it is financially necessary. If it is not perceived as being so, then her life can be made difficult with expectations that she fulfill her role in the home as nurturer and be there for her children as the attentive parent, tending to their every need, while holding down her full-time job. With life being as difficult as it is with infrastructural and transportation challenges most women live circumscribed within a limited sphere of existence and come to accept their lot in a state of learned helplessness. The systems of patriarchy and of the real material bases of their lives conspire together to keep them there. It is only within this sphere is she validated. Even when she has a chance to venture out, she hesitates knowing that the censure and related consequences will dire be enough for it to not be worth her while.

Posted by Latha Sukumar at 12:15 PM No comments: 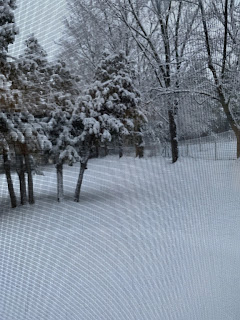 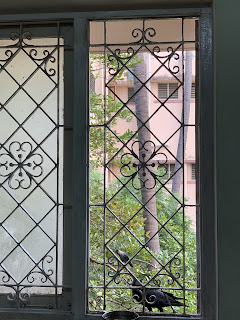 “Don’t be too quick to interpret the moment. Just keep quiet. My encouragement would always be: never think anything is against you, everything is a blessing. Why should it be different? Just be quiet. Let it all work itself out.” Mooji

I have had a remarkable year experiencing a real shift in my consciousness.

I went to some dark places within myself to be present to all the “unpleasant” sensations brought on by fear, feelings of lack or sheer boredom. I started to notice that all my feelings of joy or sorrow, were associated with thoughts. These thoughts were triggered by memories of all things past and passing. The more I noticed the less I journeyed with those thoughts on a spiral of uncontrollable emotions. The more I did this, the less I identified to a limited sense of myself as Latha. I began to see myself and everyone around me as much more than a petty ego bound self. Everyone and everything began to appear as an expression of the same consciousness.

As I scrupulously noticed this, I became less self consciousness, less critical of myself and others and more accepting of everything as it is, marvelling at the synchronicity with which life flows and the harmonious manner in which everything around me unfolds.

The great paradox is that thought is our undoing and “doing”. So, that quiet space of “no thought” is present when there is a rigorous and disciplined awareness of the following thoughts. What are they?

“I am not my thoughts, emotions or feelings. I am not my memories, my past or future. My story of who I am is distorted and unreal. In a real sense, I exist only in the present moment as consciousness which expresses as a composite of bodily sensations or thoughts that arise and fall. So I will not desperately cling to my story, keep adding to it, get attached to it to validate my existence in my ego state. Because it takes great effort. How liberating for me to let go of that effort and just be present to everything that comes up, without reaction, but with an open mind and heart?”

So more of just that this year in this glorious inner journey which is the unraveling of old habit patterns, sense of self and identity, feelings of haunting guilt - to that place of stillness and peace.

Posted by Latha Sukumar at 4:11 AM No comments: