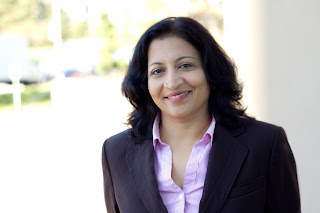 We women do not have it great and for many reasons all of which start with the letter "M". Menstrual cramps and menopause are two that punctuate our timelines and order our lives – oh believe me they do. But the most dreaded is another one. It is shocking to me that it is legal, given its barbaric nature. I speak of the Mammogram. I cannot think of another experience that makes one feel more vulnerable, exposed and under attack.

After much delaying, I finally capitulated, as a result of all round pressure. I could not stand the reproach in the eyes of my doctor, mom, even daughter. “ You are over fifty, don’t you want to be safe rather than sorry? Would you not want to know early if anything was going on? It’s not just about you, you know? “ And so on. So, guilt ridden and petrified of what I would find out I drove over to the clinic. Called the Women’s Health Clinic it was cloyingly feminine and testosterone proof! No man had ever stepped into this zone, I was certain. And luckily for them no man needed to!

I had wanted to make a fulsome experience of it and had combined it with an ultrasound of the pelvis – “let’s find out everything that is going on in my feminine parts in one swell swoop”, was my thinking. I could not handle piecemeal findings. So I walked in with an overfull bladder sure I would embarrass myself right there on that ultrasound table. The poker faced technician tried to ease my urgency by making small talk – which was not helping. I was ready to scream. She remained calm and with deft hands completed the test pointing to the washroom so I could relieve myself and get ready for the next big ordeal – the much feared M. I was given a gown to don and asked to wait. A big African woman greeted me with a wide smile and seeing the terror in my eyes after one look at the machine inspired by the guillotine (same principle), she said “oh its not as bad as women make it out to be, you’ll see”. The left one was first placed on this icy cold surface ready to be smashed into a tortilla by the sledge hammer that would be slammed into it. I was trusting of her reassurance and steeling myself offered myself up. Done and done. I was so proud of myself. I skipped out, a spring in my step. This had not been so bad.

The next morning, I received that dreaded call. “The radiologist wants more pictures, can you come in?” Whoa, where had that come from? Me – “I was not expecting this, do you know if it is bad?” The clinical reply from the other end “she did not say”. Ok, I could not live with the tension of not knowing, so even though it was in the middle of my work day I said “I can come now”. I had set something in motion, I thought. Where was it going to end? This time it was only the right one that would be subject to some extra special treatment. Not 4 pictures like the time before but six. At least I knew the drill. This technician was ramrod straight and poker faced. She was a severe middle aged white woman whose life’s activities were run to clockwork precision. A robot with bad breath. She gave precise instructions, made no small talk and jammed the machine into me 6 times without minimising the experience. This time I felt like a torture victim, vulnerable and helpless. The sound of the x-ray only enhanced the experience. I had a sense of permanent damage to some vital parts. Efficient but cold and apparently uncaring. I knew then it was about the technician.

The story has a happy ending. A day passed. I convinced myself, if they needed to probe so deep it was not so visible maybe and so early days, perhaps? I was prepared for the worst. I finally got a call from the doctor’s office. All clean, come in to talk about your ultrasound – but absolutely no rush. Phew! Till the next time.

Posted by Latha Sukumar at 5:25 AM